Click above to go straight to the Dirt Church Blog !

Four years ago I had reached the end of my rope, the thread was frayed and my grip was expiring rapidly. I opened an old worn out book, which had been laying around my house for years, as I read the pages one after another I could not stop the flood of tears that emptied from my soul. The chaotic life I had been living seemed aimless and the turmoil that I had learned to accept as normal – it flooded out of my body. I wept with tears of blood into a pool of Salvation, and hit my knees with a determination to find the source.

It was in that moment that I met God for a second Time in my life, having run from him when I was 18. I saw a pasture, and I was standing at its gate. Below me down the hill was a house with soothing lights that seemed to almost pull you toward them and a serine music that emanated into the very pores of my existence. You could fell and see joy pouring from all the corners like a wave of serenity, it was a celebration festival and you could since the joy and peace that abounded below, but I knew I could would never be welcomed at a place such as that, I was a worthless thief and killer of man.. I could see a man at the entrance to this house, with his arms spread, and I called to him and ask him to come talk to me but he would not come up the hill. I bellowed Sir I am filthy and tired and cannot come onto the light where you can see my rags, I cannot walk into the light where you can see my face and the shame I hide within so I begged him to come talk with me but he refused. When he spoke it seemed as if the mountains themselves were shaken from their foundations and he said do not be afraid for I have been expecting you, come for I know you are thirsty and I have water, sit for I know you are hungry and I have much for you to feed upon. I said sir I cannot enter you house, you do not know me and I have no place at you table, and simply said I do know you, please come home son, come home.

It seemed like days this festival kept going and my hunger grew, but I could not make the journey across the pasture. Each time I would look down the hill, he was still there — with arms open saying, I am still waiting for you, I will not leave so why don’t you come home son, just come home. I looked at my feet and saw that I was now chained to the ground with shackles of self pity, the chains were heavy and each time I tried to free myself from them they tightened around my ankles. I looked around me and there were wolves circling and growling with pieces of meat hanging from their blood thirsty jaws and teeth that seem to glimmer in the moonlight and had the edges of razor blades. Each time I pulled to free myself I became more entangled in the past, my worthlessness, my addictions, the harm I had caused this world, the hearts I had broken, the lives I had shattered, and the people I had ruined. I could see hands at my feet putting on more chains; I could hear voices calling to me from behind the hills to my back you cant leave us, you are one of us, that house is a trap, if you go you will be forever trapped there, you will become a slave to the one that beckons you, I could see eyes peering at me through the darkness, I could hear others just like me coming and I heard more chains dragging the ground I knew I would never escape and I turned to walk back into the woods and the darkness where they were calling my name.

I looked one last time back toward the house and saw the Man, arms still opened, as he spoke again, “Come home NOW son, it’s time for you to come home.” I finally replied, “But sir, I am worthless, I have wasted my talents, I have thrown my life to the wolves, I have lied, stolen, envied, falsely accused my friends. Sir I have done things from which I cannot return. I have lived in the darkness so long I can no longer see the light, I have wallowed in sin and it now exudes from every pore of my existence, I have danced with the devil and drank from his cup of damnation.” There was a long silence, Time seem to stand still, I was watching the man but it seemed he was getting further away, the light was fading and night was again upon us.

A cold chill crept through my very being, I felt again alone and desolate, and I could feel the chains at my feet pulling me back into the woods while the voices echoed changed into sinister laughs.

It was at that moment a light brighter than anything I had ever seen appeared. It blinded me, I had to cover my face but it’s warmth was indescribable, and the peace that dwelled within it was unquestionable, and then a loud voice bellowed from the house. “I DO NOT CARE WHAT YOU HAVE DONE, I DO NOT CARE WHAT YOU HAVE BECOME, JUST COME HOME, BECAUSE I STILL LOVE YOU .” As I raised my hand over my eyes to strain to see where the voice was coming from I saw an object coming toward me, I reached into the air to catch it as I brought it down and opened my hand I realized it was a key.

He then said, “You in the hills, release my child, for he is coming home.” Reached down toward the locks on the chains that had held me for so long, and as soon as I put the key in The chains exploded from my ankles, the weight of the world fell from my shoulders, the past seemed to not exist, I realized I was free and no longer bound and I turned and ran toward the pasture, I blew through the gate and sprinted as fast as my legs would move toward the house. I could hear the deafening screams behind me urging me to turn around and come back, begging me to give them another r chance, trying to fill my mind with the thoughts I was being lied to and was not worthy to cross the pasture, and then the wolves begin to howl as the ranting faded and I could see the Master just a few more yards away. I ran into the master’s arms, speechless and with tears careening down my cheeks. He simply said, “Welcome home son, welcome home, your room is already prepared and a feast awaits you.”

With that he steeped in front of me and held his hands up toward the heavens and I could see blood flowing from them, and I fell to my knees behind him and looked down to see blood flowing like new springs from his feet. He stood between me and the pastures with the hills on the other side. I could hear screeching and gnashing of teeth and he said, “This is my child, and his name is forever written in the Lamb’s Book of Life, his sins have been paid for by the blood that flows from my body and he is now forever sealed and a son in my Father’s house. He now has the power over you Satan and all your dominions, over the principalities of darkness and from this day forward there is no condemnation for him, his sins are forgiven and his slate is washed cleaned by my crimson blood.” He put himself between me and the pasture. I could see a blood stained cross now at the gate on the top of the hill, and it was the lock that kept the past and the demons associated with it out of the pasture, I could see them shuddering at the sight of the mighty cross and non dared to approach it, for they knew it held their final death while given me life He held up his hands and said, “Father, your son has come back home. The one sheep was again found, and snatched from the mouths of the wolves, he is scarred and battered, but he is home and now he is whole.”

I looked up again and I had fallen to my knees, crying like a newborn baby. My wife was by my side praying tears careening down her face. My children were speechless but you could see a glow protruding from each of them. My wife looked at me and said Ronnie, We are finally all going to be going home together.

So now through my job, I help run The Eastern Chapter of Dirt Church. We stop in the fields, homes, and workplaces to preach the gospel and bring one sheep at a time back across that pasture. We go into the hills with the protection of our God and snatch victory form the well clamped claws of the enemy’s grip.

GOD made dirt and Dirt should not hurt. Live the message and preach the blessings. 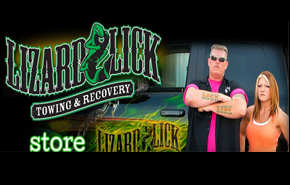 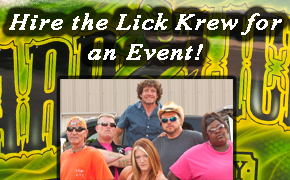 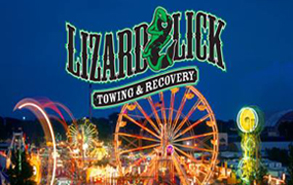